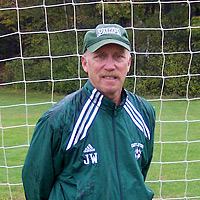 "Friendship thru Soccer"
This motto has been at the heart of Coach Werner's career... While highly competitive and successful wherever he has coached, his greatest enjoyment has been the friends he has made through the game.

This is exemplified by his continuing friendship with his college coach and mentor, Garth Stam, of Oneonta State College. Following his playing career at Oneonta, Coach Werner became the head coach for 31 years at Arlington Memorial High School. His retirement from that position in 2003, with a Vermont State record for career wins (346-108-31) was front page news in the Bennington Banner, and led to his induction into the Vermont Principal's Association Hall of Fame in May of 2004.

Each year the school/community hosts the John Werner Soccer Tournament on Labor Day Weekend. Also, check out the Werner Scholarships that are awarded to deserving students each year at Arlington Memorial High School.

During his career at Arlington, Werner founded the Arlington Youth Soccer League, which he ran for 30 seasons (1975-2004), and was instrumental in the development of the Southwest VT Youth Soccer League, encompassing eleven towns, serving as its commissioner from its inception in 1980 until 2004.

John Werner, a longtime Arlington Memorial High School soccer coach and educator was honored at a dedication ceremony. The presentation also dedicated a permanent display and tribute to his career.

Photos) for his Arlington under 14 year old team, with MPE Football Club of Maidstone, England.

Werner's present position (since 2004) is as head men's soccer coach at Castleton State College, where he has led his team to the post-season in six of his eight seasons.

CASTLETON, Vt.  Castleton head men's soccer coach John Werner has announced his retirement
after an impressive nine-year run with the Spartans and 40 years as a head soccer coach
at the high school and college level.
Read More... 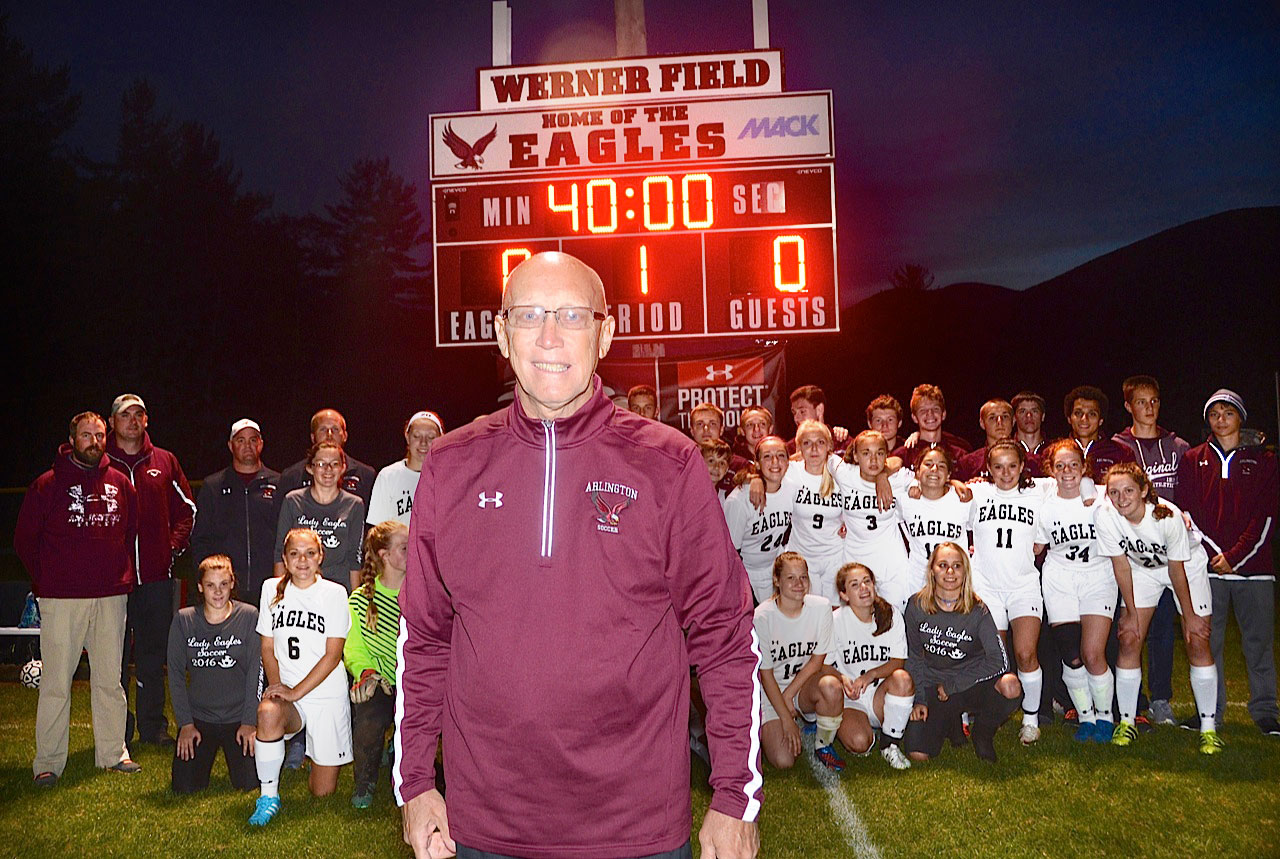 Arlington honors Werner
The Arlington community surely is a special place. It has been made even more special because of our Coach. I say OUR Coach because as you look around tonight youll will see countless people that Coach Werner has coached or at least had a positive effect on in some way.

For over 40 years Coach Werner has given so much to our community. Read More

Oneonta to honor Werner
GEOFF SMITH, Assistant Sports Editor
Who can we, the southern Vermont community, thank for giving us the gift of legendary Arlington teacher, coach and administrator John Werner?
Surprisingly, it isn't a soccer player. It isn't a chemistry professor, and it isn't someone we will immediately recognize.
Read More... 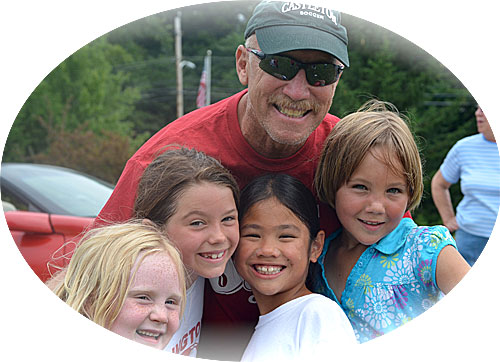 Come join Coach Werner and his staff at one of his many Soccer Camps, where you can share his experience and passion for the beautiful game.

"Some say soccer is a matter of life and death, but it is not.
It's much more important than that!"
(Bill Shankley - former Liverpool manager)

Coach Werner believes soccer is that important, for the lessons we can learn from it, and the friends we can make through the game...