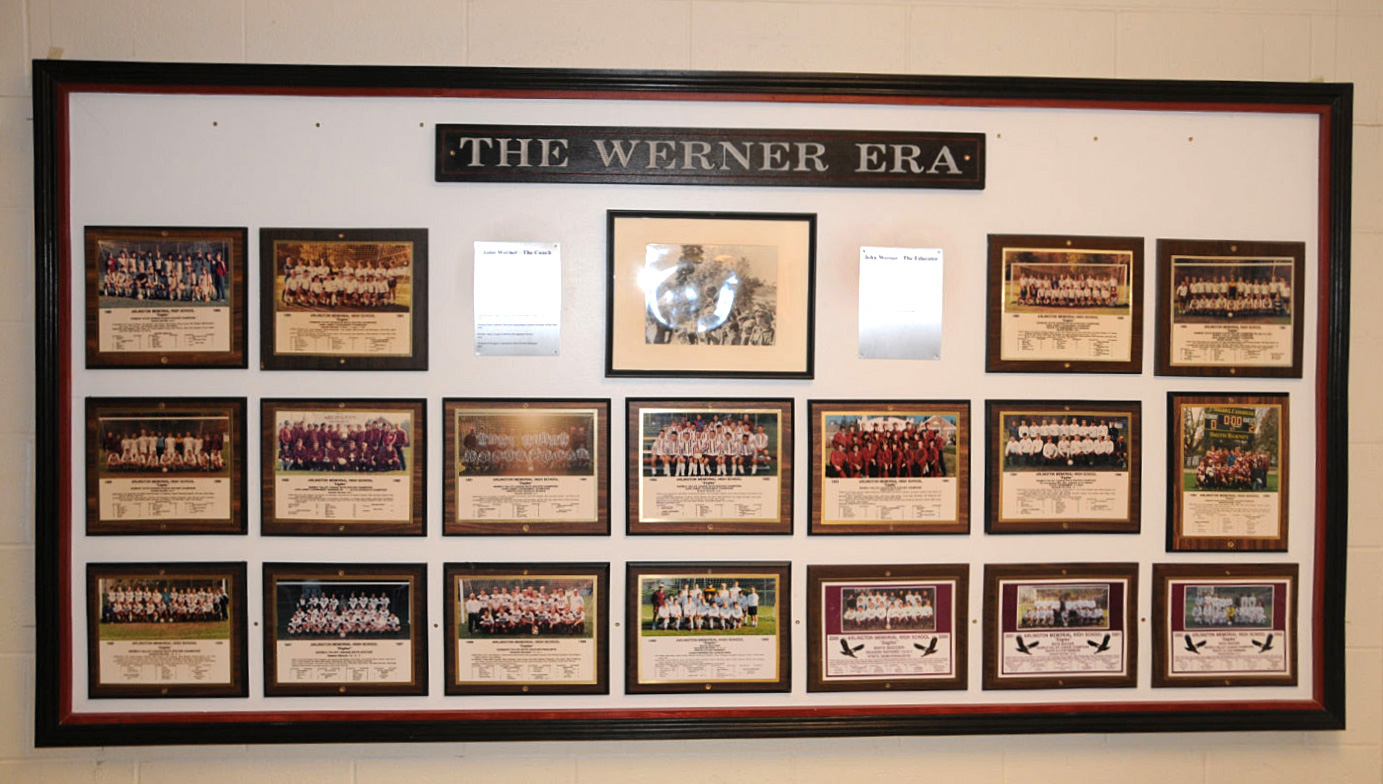 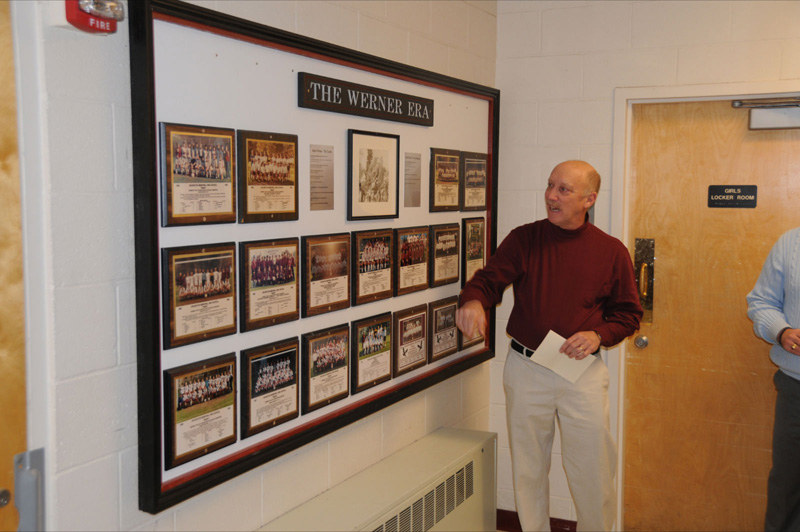 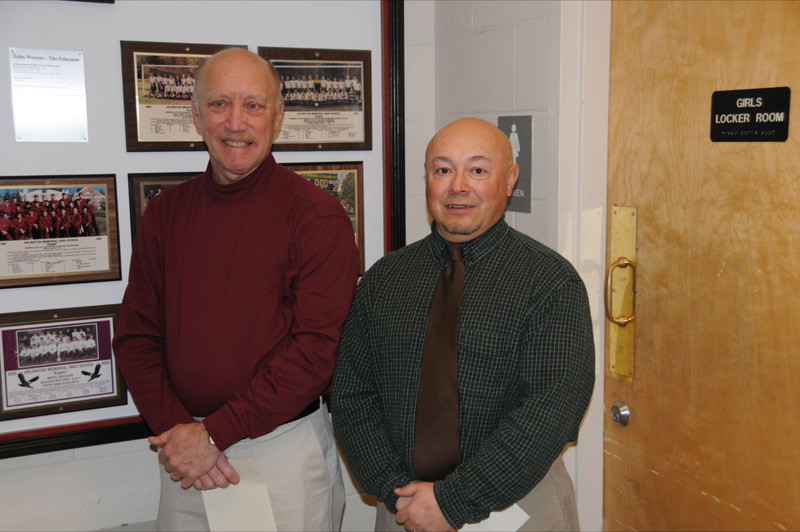 The list of accomplishments for the coach, teacher, and administrator are lengthy. Werner was the varsity coach of the Arlington boys soccer team from 1973-2003, amassing a record of 346-108-37 and seven state titles, the last in 1995, a 2-0 win in the Division 3 championship game.

"Im quite tickled that they are doing this," said Werner on Monday night.

While the actual dedication is somewhat of a secret, something will be permanently set in the gym lobby to recognize Arlington soccer and Werner.

"Im very appreciative to Todd [Ordway, the athletic director] and Kerry [Csizmesia, the high school principal] for putting this together," Werner said.

Werner, the all-time winningest coach in Vermont high school history, won his first championship in 1982, beating Proctor, culminating a 12-2-0 season. After a semifinal loss to Hazen in 1983, Werner piloted Arlington to three state championships in a row, beating Northfield in 1984 and 1985 and Burke Mountain in 1986. Each season, Arlington was the No. 1 seed. 1986 was his best season record-wise, as the Eagles finished 12-1-0.

Three years later, Werner and the Eagles were back in the title hunt, as the team won two more state plaques back-to-back with wins over Northfield in 1989 and 1990. In 1989, the Advertisement Quantcast team finished 13-1-0.

1991 may have been Werners best year overall on the pitch, as he led Arlington to an undefeated regular season 14-0-0 record. The Eagles were upset by South Royalton in the semifinals that year.

After a couple of tough years in the late 1990s, the new decade brought more success, as the 2002 team went 13-1 in the regular season.

And it all started with very humble beginnings nearly four decades ago.

In 1972, his first year teaching, he coached the junior varsity team. When Werner, a 1971 Oneonta State College graduate, returned back to school for the 1972-73 year, the principal at the time, Bud Towne, appointed him as the new varsity soccer coach.

"The coach who was there before had left and I was the new coach," Werner said. "I started 0-4 in my first year."

Things quickly turned around on the pitch for Werner. At one point in the mid 1990s, Werner said the team won 52 Marble Valley League games in a row, more than five seasons worth.

"I always had great kids and great families who supported them," Werner said.

In 1995, he earned the NFICA National Coach of the Year award.

Werner, 61, is a humble man, and defers much of the accolades, talking a lot of the people around him who deserve the awards just as much as he does.

"Mike Keough, my assistant coach, was there for 27 of the 31 years I coached at Arlington," Werner said. "I really share all this with a lot of people."

After stepping down as Arlington coach, he took the head coaching job at Castleton State College in March 2004. He remains coaching at the school, where he is 68-49-10 in six years piloting the Spartans.

In his first season, the Spartans went 15-5, a school record for wins, and Werner was named North Atlantic Conference coach of the year. He won that award again in 2007.

"Its crazy how a career goes," Werner said. "It was really perfect timing. I used to say that I bled Arlington maroon, and now I bleed Castleton green."

As important as the statistics and accolades were on the field, the ones off the field were just as impressive.

He has run soccer camps throughout Southern Vermont. This years camps will be the 34th annual.

Werner, who lives in Arlington, is married to his wife Judy, and they have two children, son J.K. and daughter Jordan.

"Its a great honor, not only for me but for Arlington soccer as well," Werner said. "Ive been blessed."

The dedication will take place at the gym at 8:15 a.m. on Thursday and is expected to less about 30 minutes.